Take advantage of the insight, education and advocacy available to members, saving you time and money.

Be a Voice for Change

Create change by staying informed on issues that could change the way you do business.

Did you know that social media is now a relevant tool to keep in touch with your elected officials? Lawmakers are using social media to learn about issues and to keep in contact with constituents. Yes, that means you. Here are a few steps to contacting your legislators, getting your voice heard and keeping your representatives informed with the issues you find important.

New research released by the Congressional Management Foundation offers us a look at how congressional staff and lawmakers use social media. Although this research is focused on DC, we think the research gives us a perspective of social media potential at all levels of government.

We have interpreted the findings that are most important to our members.

Lawmakers are on Social Media. Find Them.

What this means is that it is getting easier and easier to interact with elected officials.

Contacting legislators through social media is perfectly acceptable, but be sure to speak to legislators with the same amount of respect and etiquette that would be expected from an email or in-person conversation. We have all seen less than professional posts, and we can guarantee those will be filtered out and ignored. Respect and attention to detail will get lawmakers to listen.

If you've met with an elected official, here are some tips for getting your issue and your legislator additional visibility.

Get Your Voice Heard. 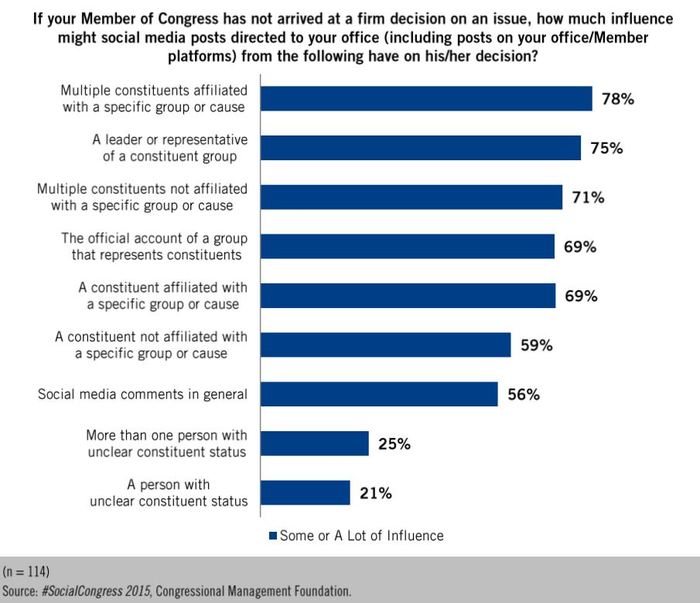 In essence, identifying yourself on social media and developing similar messages across repeated posts enable legislators to focus on your issue.

In the past, you may have felt government officials are difficult to reach and hard to contact. You would have to submit a letter or go through other channels. All of this has changed, however, with the advent of social media. From Facebook to Twitter, most of us now have a direct connection with a large majority of lawmakers and officials, who may be paying a lot more attention to their social media than you would think.

In short, be quick. Be numerous. Let them know that you are definitively a constituent and remember that elected officials are paying attention to what you have to say on social media. 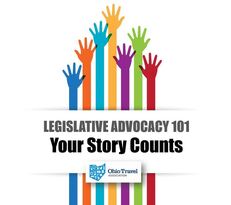 For more from our Legislative Advocacy 101 series, visit the following: